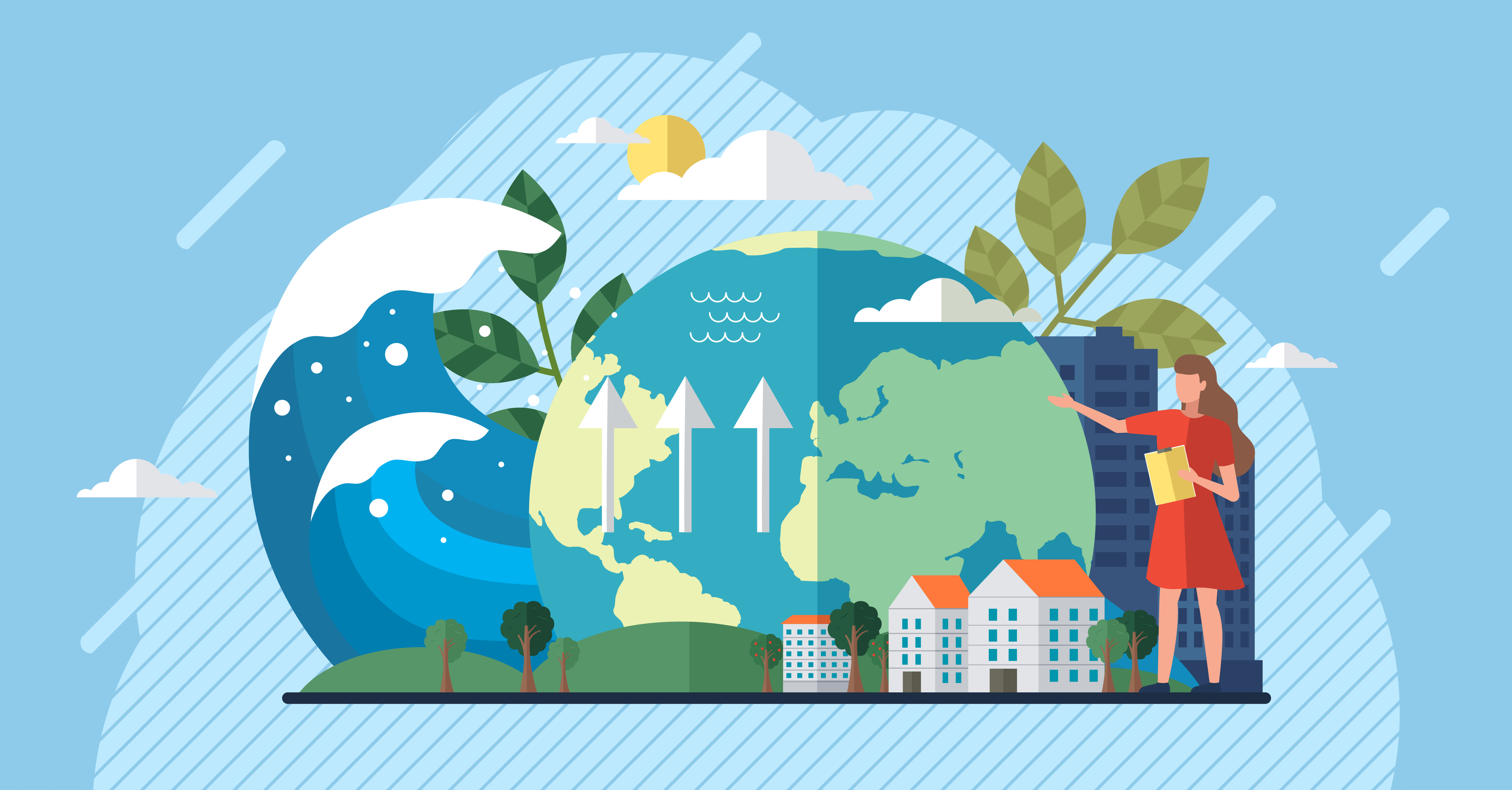 As scientists raise alarm bells over the threat of climate change, to what extent are Americans listening?

Anytime Estimate surveyed 1,000 people across the U.S. and found that 87% of Americans believe climate change poses a risk to the world, with nearly two-thirds of the country (65%) considering it a "serious" risk.

Although various U.S. policy topics are competing for attention, environmental issues seem to be gaining traction as a priority for Americans.[1]

In mid-August, the federal government enacted what's expected to be the most significant investment to address climate change in the country's history, as part of the Inflation Reduction Act.[2]

The bill comes at a time when 73% of Americans say they'd like to see the U.S. take more action against climate change, according to our survey.

Overall, about 7 in 10 Americans say it's not too late to address climate change, and 4 in 5 say they're willing to make personal sacrifices to help.

Read on to learn more about American opinions on climate change.

87% of Americans Are Concerned About Climate Change

The vast majority of Americans (94%) believe in climate change. Nearly 9 in 10 respondents (87%) say climate change poses a risk to the world, with about two-thirds considering it a serious risk:

About 3 in 4 Americans say their views on climate change impact the way they vote in elections:

Uninhabitable? A Majority of Americans Believe Climate Will Force People to Abandon Earth

Many Americans worry that the consequences of climate change could render Earth uninhabitable. Nearly 3 in 5 Americans (57%) believe climate change will force humanity to leave Earth in search of a new home within the next 500 years.

About 68% of Gen Z respondents believe climate change will force migration to other planets, compared to 62% of millennials and 45% of baby boomers.

Although most Americans can imagine a future without Earth, many remain hopefully optimistic — 69% are confident that it's not too late to address climate change.

Why Do Some Americans Not Believe in Climate Change?

About 6% of respondents say they don't believe in climate change. The most common reason skeptics provide is a belief that it's a made-up political issue:

Among those who believe in climate change, the effects that concern the highest share of Americans are rising temperatures (59%) and increased natural disasters (59%):

Although Americans express concerns about climate change, most remain optimistic about the possibility of averting extreme consequences.

About 69% of respondents say they are confident there's still time to address climate change, while only 11% say they aren't confident.

Nearly 3 in 4 Americans Want the U.S. to Do More to Combat Climate Change

Only 1 in 4 Americans, However, Support Raising Taxes to Address Climate Change

Of 12 suggested methods to combat climate change, raising taxes was the least-selected response:

Other Countries Do Better at Combating Climate Change, Americans Say

Americans view their own country's performance as falling somewhere between Japan and Brazil.

Although Americans want their country to do more, they don't expect the government to do all of the heavy lifting. About 80% of Americans say they'd be willing to make changes to their lifestyle to combat climate change.

Respondents selected sacrifices they'd be willing to make and ones they already practice. For example, only 14% of respondents own a hybrid or electric car, but 37% would be willing to own one.

The table below shows the differences:

Unsurprisingly, respondents who don't believe in climate change are less likely to say they make personal sacrifices. However, nearly half of them (47%) still report recycling.

Many expect climate change to touch most aspects of life, and housing is no different. More than 9 in 10 Americans (93%) believe climate change will impact the real estate market.

The most common impact people expect to see is an increase in utility costs, such as electricity and water (60%). About half of Americans (50%) expect homes to become more expensive in general:

Most Americans (93%) say they would pay more to buy a home that is safer from climate-related risks, such as natural disasters. The average additional amount respondents would spend is roughly $30,000:

Additionally, 67% of Americans say they would be willing to buy a home near, or in view of, a windmill farm.

Despite some level of willingness to pay more, owning a home that's safe from disasters remains somewhat low on Americans' list of home-buying priorities.

Despite Climate Fears, Most Americans Would Buy a Home in a High-Risk Area

About 63% of Americans remain open to buying a home in an area of relatively high disaster risk. That includes 1 in 5 who would take the gamble if they could get a good deal on the purchase.

Americans say they would buy a home in a high-risk area:

Homeowners are slightly more likely than non-homeowners to buy in a high-risk area, possibly because of previous experience with environmental costs and impacts.

About 1 in 8 respondents (12%) say they aren't concerned about buying a home in a high-risk area.

Americans say saving money is their biggest home-buying priority. Respondents ranked their top priority as buying in an area with a low cost of living followed by low home prices:

Despite disaster risk ranking in the lower half of priorities, 3 in 5 Americans (61%) say disasters have played some role in deciding where to move.

The following environmental risks are the most common people consider when relocating:

The proprietary data featured in this study comes from an online survey commissioned by Anytime Estimate. One thousand Americans were surveyed July 27, 2022. Each respondent answered up to 21 questions related to climate change.

About 6% of respondents say they don't believe in climate change. The most common reason they cite is a belief that the issue is made up for political purposes (43%). Learn more.

About 3 in 4 Americans say they'd like the U.S. to do more to combat climate change. Just over one-fourth (26%) say they would support increased taxes to address the issue. Learn more.