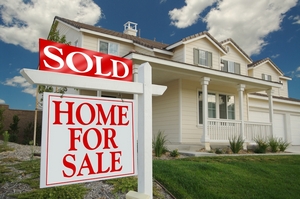 According to the Homeownership Preservation Foundation data of 60,000 homeowners. Good people can easily face a foreclosure by the lender. The causes of most foreclosures result from:

Having a house foreclosure doesn't permanently stop you from acquiring another home. The FHA (Federal Housing Administration) allows home buyers to apply for an FHA mortgage after 3 years (prior to the date of the FHA case number assignment on the new mortgage). This three-year period begins on the date in which title transferred from the Borrower to the lender.

The 3 year waiting period can be waived!

According to the FHA:

The FHA does not consider divorce to be a mitigating situation; however, an exception may be made if the borrower's mortgage loan remained current at the time of the divorce when the ex-spouse acquired the property, and the mortgage was subsequently foreclosed.

Short sales are title transfers in which the proceeds are less than the amount due on the house, and the lien holders agree to release their liens and forgive the real estate's deficiency balance.

Borrowers who have completed a short sale are usually ineligible for a new FHA-insured mortgage if they have surrendered a house via a short sale within three years of the date of the new FHA case number assignment.

Exception for Borrower Current at the Time of Short Sale

A Borrower is considered eligible for a new FHA-insured Mortgage if, on the day the new Mortgage's case number is assigned:

All mortgage payments on the prior mortgage were made within the month due during the 12-month period preceding the Short Sale, as were installment debt payments for the same time period.

The mortgagee may grant an exception from the three-year requirement if the short sale was caused by mitigating circumstances beyond the Borrower's control, such as a serious illness or the loss of a wage earner, and the Borrower has re-established excellent credit following the short sale.

If a Borrower's mortgage was current at the time of the Borrower's divorce, the ex-spouse bought the property, and a short sale resulted, an exemption may be given.
FHA Handbook 4000.1 page 259